B. INTENTION
My intention was making something whimsical. I believe in the whimsicalness and the randomness of the art. Since the wind is a whimsical medium, it was all set.

1. I placed the fan inside of the box and I found I would need some holes at the bottom of the box. I made 4 holes and I used the cut pieces as the feet of the box which can allow wind to flow.

3. I planned to use the accelerometer but not so sure about what to put at the hole to dance around.However, I remembered the pingpong ball from Xiaolong Mu’s desk. So, I got one from him and made a hole and inserted the accelerometer inside.

4. In terms of Input, I wanted to use the pedal from the sewing machine so I checked the serial reading. The values were from 0 to 300. So, I used the if statement greater than 100. However, the pedal has a long electrical wire which seems not so responsive with low voltage.

5. Since the output is 110V AC fan, I used a 2channel relay to control them. I connected it with the multi tab power outlet. After a user testing, I found that the user does not get what is happening because the fan needs some time to accelerate to make some sound. So, I plugged in the 110V bulb to the multi tab power outlet. I wanted people to know that something is on by the light.

6. I decorated the top of the box. I thought of keeping the surface clean as a Scandinavian design. HJowever, after the in-class advise, I showed my work to family group chat and they said I need to do something like painting. So, I thought of using some permanent color markers but as I looked around the Blick, I found a copper sheets and I decided to use them. I bent them with the bending machine at the shop to look cool and make stiff so if the pingpong ball hits them, the sound comes. 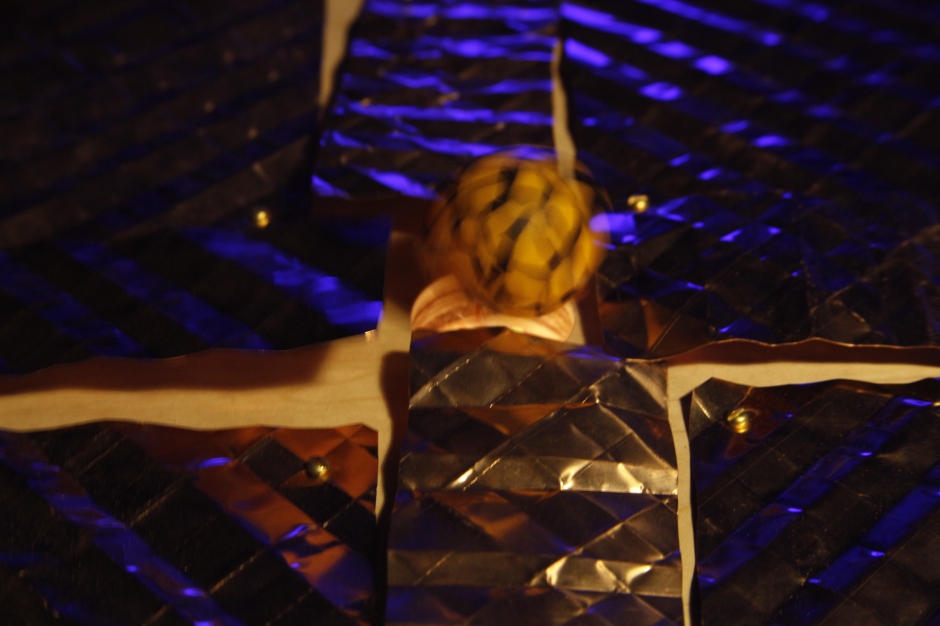 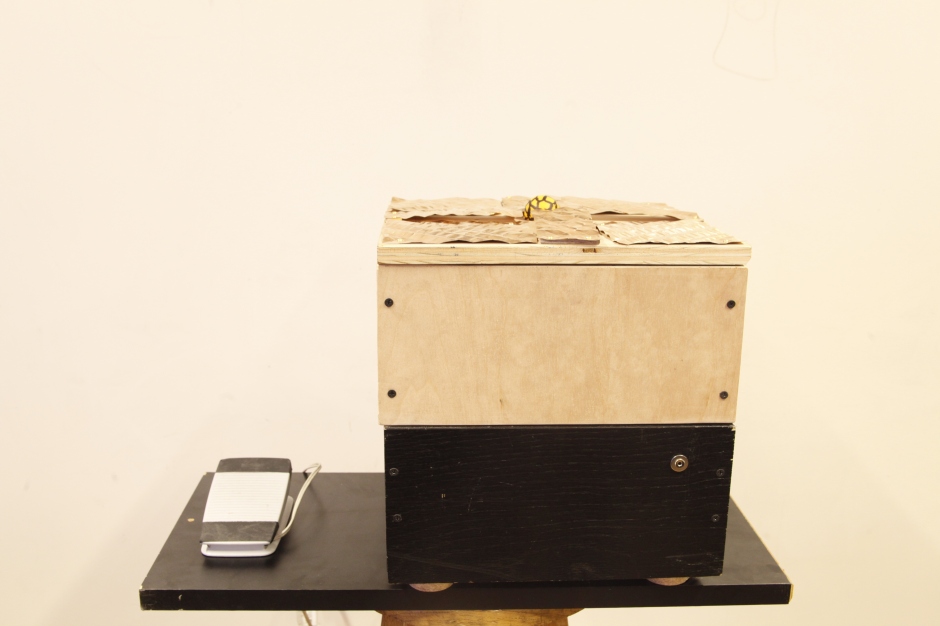